What Do the Holographic Universe, the Placebo Effect and Ho'oponopono Have in Common? 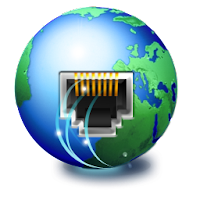 I just realized that I haven't posted for 2 weeks. I don't know where the time went.

I have discovered Ho'oponopono and bought the book "Zero Limits" by Joe Vitale and Dr. Ihaleakala Hew Len. While learning all I can about it, I took a break from other things. Then this morning while going through my emails, tweets and RSS feeds it just started to come together.

It started with a tweet from Whitley Strieber about Placebos and how the pharmaceutical companies suddenly realize that there is much more to drug testing than they thought. What we think and expect from a drug influences its effectiveness greatly. If I don't think it will work, it won't and if I believe that it will work, it will. I recall a quote I once read by Henry Ford that said: "If you believe you can or if you believe you can't, you are right."
Then I came across this interesting article about the Holographic Universe at Ellie Crystal's site.

That's when it dawned on me that it all links together with the Ho'oponopono information I have been studying.
It all boils down that we are more powerful than we can imagine and everything is inside us. The world we see around us is just a reflection of ourselves. So any changes we want to make, we have to make to ourselves, then as we change, our surroundings will change. It sounds so simple, and at the same time it is so profound.

We live in a holographic universe, just like the holodeck in Star Treck. It looks and feels 100 percent real, but is it? Could it be that we has just decided to go to the holodeck to experience what life would be like on planet Earth? If it is all an illusion, why does it feel so real? 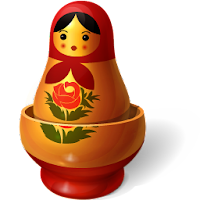 If we are all one or in other words many of one having a physical experience to let the Divine explore what it would be like to live life in all its unlimited possibilities. In that case, we would all be actors playing our roles. And if they are only roles why do we take them so seriously. We know when we watch a movie that the actors playing the bad guys are only playing their part and that it is not their true nature. Does that mean that it is the same for us? Are the bad guys just playing a role so that we can learn and see ourselves in a different way? I am still working on getting my head around this and will have to ponder this some more.

I would love to get some feedback on how others see this.

Eden Zilpah said…
As above, as below. It's all Kaballah. It's receiving, transmuting, transmitting and bestowing and effecting change. We're the worker bees, turning lead into gold. Aka bridging heaven and earth and the means by which are are thoughts, words and actions. We either create good or destroy it. It's all in our power and how we align ourselves. It's creating light from darkness and order from chaos. It's genesis and its exodus and it's sinai all tied up in redemption.
September 2, 2009 at 5:45 PM

marliescohen said…
Cool, I like how the Kaballah fits into all this. Thanks for your input.
September 2, 2009 at 7:06 PM