When Does "That's Stupid" Not Mean Stupid? 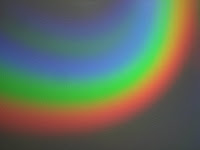 Sounds like a contradiction, but it isn't. I just started a course by Carol Tuttle about Energy Profiling and find it extremely interesting and highly recommend it.

Over lunch while talking to my husband, I realized that I had already learned something valuable in this course. Hubby told me that President Barack Obama is in trouble for using the word 'stupid' for the event in Massachusetts where a black Harvard professor was apprehended by the police because they thought he was breaking into a house. In fact, the professor had trouble with his front door and was literally breaking into his own house.

To me it looks like President Obama has 'carbon' as the dominant energy. He is a great orator and always says exactly what he means. So when he said it was 'stupid' he meant that situation could have been handled better, it was not up to par. For any person with another dominant energy the word 'stupid' would have meant exactly that 'stupid', but not for a 'carbon' dominant energy person.

This episode shows again, that even though we might have a common language, that does not mean that we give the same meaning to words. Depending of our own personal point of view and perception of the world around us the meaning that we intend for a word can be totally different than what another person hearing it, thinks it means.

"Embrace oneness by seeing yourself
in everyone you encounter"
~Dr. Wayne Dyer